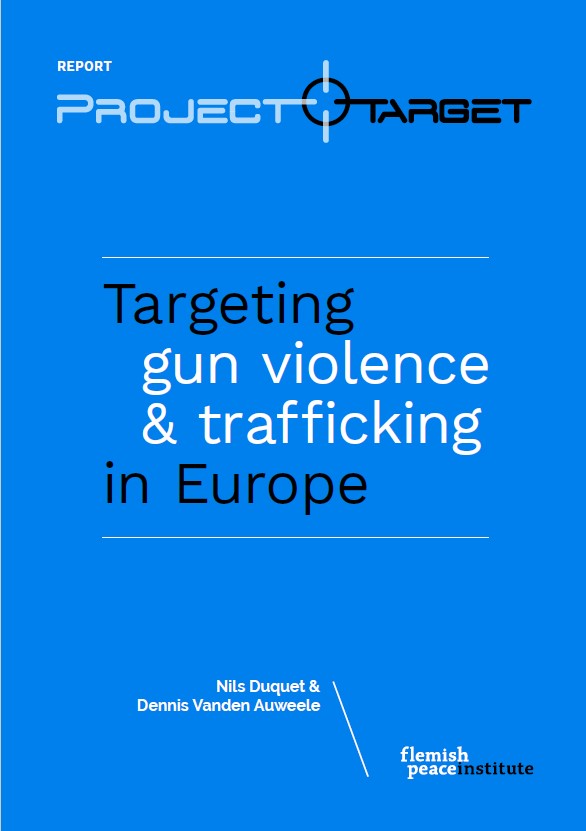 A previous decline in lethal gun violence in the EU has come to a halt since 2012, and some countries such as Sweden are even experiencing an increase. An arms race among drug criminals and the increased availability of illegal firearms c ould lead to more criminal and even terrorist gun violence. This is one of the noteworthy conclusions from Project TARGET, a brand new, extensive European study, coordinated by the Flemish Peace Institute . The research results of Project TARGET will be presented during an international webinar on Monday 13 December.

With Project TARGET, co-funded by the European Commission, the Flemish Peace Institute in collaboration with Leiden University, Europol and other European partners , is providing the very first baseline study into the impact of arms trafficking on gun violence in Europe. This research was urgently needed, especially now that policymakers across Europe are frantically searching for policy responses to shootings and disturbing evolutions in firearms trafficking.

Using dozens of examples from all over Europe, Project TARGET shows, among other things, how a constant flow of cheap weapons is radically transforming the illegal firearms market and sometimes making it more profitable. An alysis reveals an influx of converted or reactivated weapons, coming in from Turkey and from Central and Eastern Europe, or via postal parcels containing gun parts from the US ending up in the wrong hands. Moreover, new 3D printing technology is starting to influence the landscape of the illegal firearms market.  Last month, the Dutch Police dismantled a clandestine workshop, where nine 3D printers were printing firearm component s. Furthermore, weapons are increasingly acquired online both on and off the so called Dark Web.

Nils Duquet, director at the Flemish Peace Institute: “Illegally acquiring firearms is becoming easier in some European countries, even for low-ranking criminals. Moreover, fierce competition between drug criminals sets in motion an arms race in which even heavier weapons are purchased by those higher on the ladder. This also increases the demand for military-grade firearms, often from the Balkans.”

Drug crime and related gun violence is a common thread throughout the Project TARGET report. But attention is also paid to domestic violence and the impact of firearms trafficking on terrorism. The latter specifically led to several high profile cases, such as in 2015 during the attack on the Hypercacher supermarket in France, when a terrorist used several converted weapons from Slovakia, acquired illegally through Belgian connections.

“Gun violence and firearms trafficking are often not a national security priority in Europe. Yet the social impact of the violence it entails can be very sudden and disruptive. While progress has been made and international cooperation has increased within the EU, more is needed to develop a proactive approach including the strengthening of law enforcement capacities, enhancing information sharing, more research and the elimination of legal loopholes. This report adds an important piece to this puzzle,” says Nils Duquet.