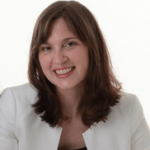 Sofie Waebens (°1983) is researcher for the ‘Arms and Arms Production’ programme at the Flemish Peace Institute, specifically for TARGET and DIVERT, two projects aimed at studying the illegal firearms trade and its link to gun violence in Europe. She studied history at the KU Leuven and obtained her doctor’s degree from the same university in 2012 with a PhD on the army in Roman Egypt.

Her subsequent research projects focused on conflict and violence in Egyptian society and the impact of Roman rule on the pre-existing justice and police system, with a particular interest in social control theory, police effectiveness and the impact of corruption on ancient and modern societies.